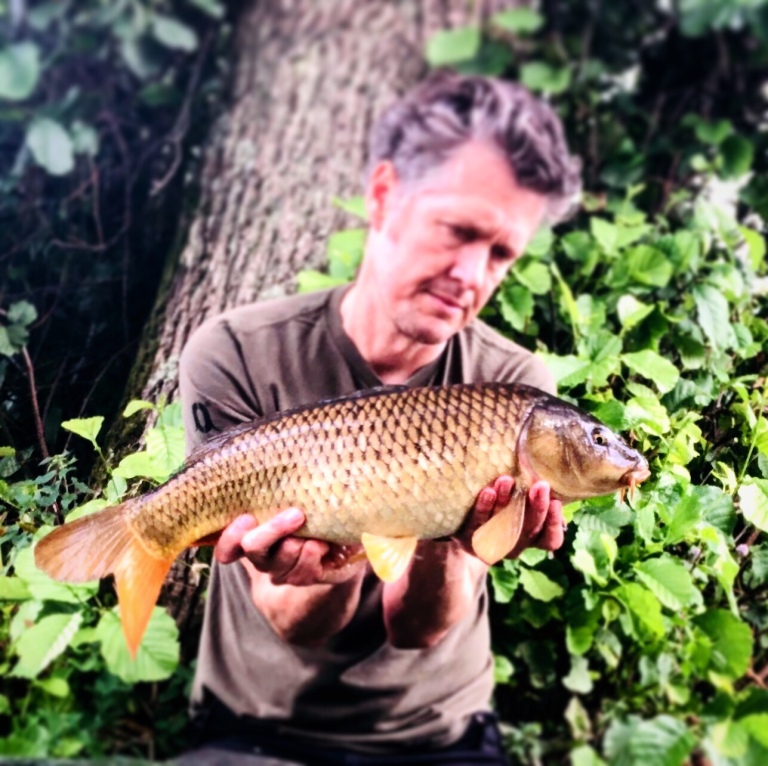 The club has three lakes of note; the Reservoir, the Estate Lake, and the Small Lake. With the middle one closed for a match it was a toss up between 200 plus acres or 10 acres! Neither had I fished before.

With limited time and both holding carp I decided on the Small Lake, easier to walk around and closer to home.

Upon arrival there was not much walking to be done as about 80% of the lake was covered in thick lily pads and the majority of swims unfishable. This was going to be a real puzzle.

Having watched the water for a while I settled on an area close to the dam, baited up in front of the pads with boilies, pellet and corn; and cast out the same rigs that had been a success on the Estate lake. The only difference was I had swapped the S3’s for Fox 2.75 Warriors, softer action for a smaller venue.

Within an hour I had a take but just that. A fish had moved the rig a few feet but not hooked itself. Was the bait and hook too large? Should I scale down? Knowing there were good doubles in the lake I didn’t think a size 6 was too big so l persevered.

Watching the water I did not feel I was in the right place. I was not comfortable; the bank was busy with local walkers and their dogs as a public footpath ran between me and the rods plus the wind had changed direction and was now blowing into the left bank.

By noon I decided to move and was quickly set up in the quiet side of the lake fishing twenty yards into “cul-de-sacs” within the expansive lily pads.

These holes I baited with the same mix but I changed the rig on the left rod to a trimmed Baitworks Royal Marine pop-up on a size 8 hook tied as a reverse Combi rig with a soft Gardener Ultra Skin silt boom section, and 1.5oz pear lead as before.

I started to see dark shapes venturing out from the cover of the pads either circling or traversing the openings. It was looking promising but was still slow going so I turned up the alarms and wondered down the bank.

The lake got shallower towards the top end at the reed line but I soon spotted some fish in another carpy cul-de-sac. I baited up the spot and returned to the rods, giving myself another hour and a half before moving.

I lasted an hour before getting itchy feet and as I was winding in the right rod l saw a carp above the left and thought,

“Come on, get your nose down!”

No sooner had I thought it the rod singled a take. I quickly swapped rods and connected to a busy carp desperate for the sanctuary of the pads. Having fished with clutches locked up tight there was nowhere to go and a short time later a Common lay in the net. Happy days.

The pop-up presentation had worked a treat and I had out thought this carp.

I decided after the disruption of landing the fish the area was now dead so I moved onto the pre-baited area. This time both rods went out with pop-ups.

As before I could see the carp milling around, it was just a matter of waiting for other one to up end.

At 3.30pm and the left rod was away again. Another Common, slightly larger than the first which came very easily to the net – what a result! 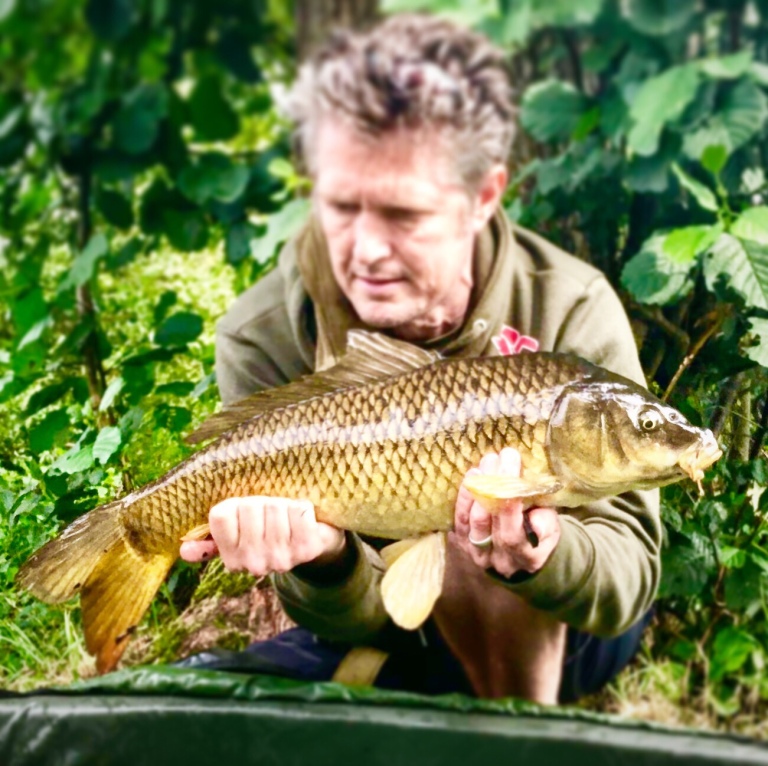 And that was the end of the day. I had to be away by 4pm. Three swims, two carp and one Carppuzzle solved!

Time to think about the big Reservoir and how to tackle that puzzle before the summer is out.

One thought on “The Small Lake”