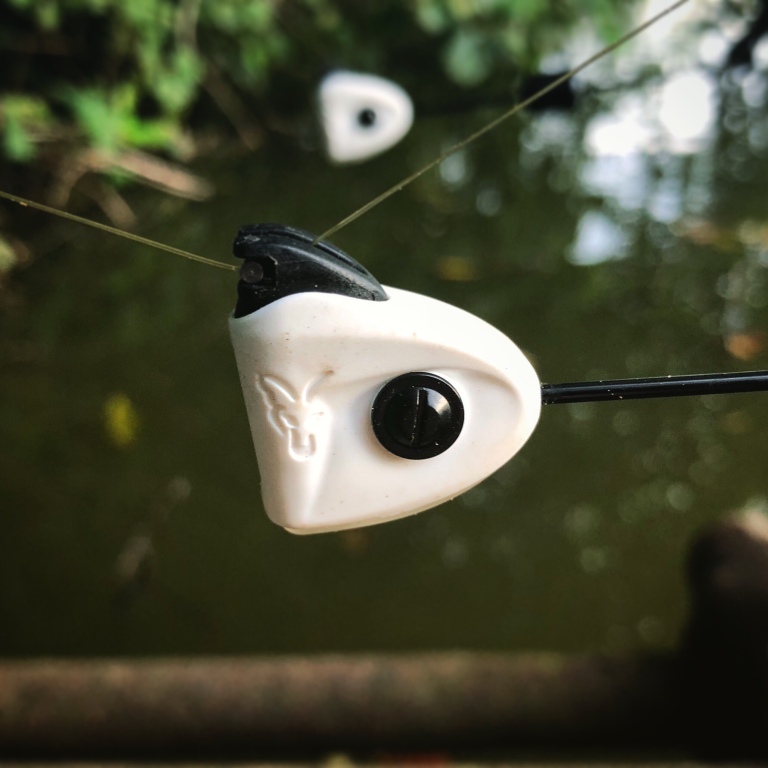 “I see a bad moon a-rising” … okay so it is a different horror film (An American Werewolf in London) but you get where I’m going with this carp fishing blog as this weekend there was also a full moon!

It was Creedance Clearwater Revival that sang “Bad Moon” and it was Crystal Lake that featured in the teen slasher Friday The 13th; and on this occasion the estate lake was not crystal clear in the moonlight. It was almost dead, appearing lifeless and unresponsive.

Were there to be any surprises and shocks in this spooky tale?

I arrived just before dusk, spombed out some bait and got one rod out fishing before the night closed in.

As before I was in Kingfisher and set up the bivvy, bed, lights etc before readying the second rod.

The rod that was already fishing was the usual Baitworks bottom bait set up, number two was a Royal Marine orange pop-up secured Withy Pool style. This was positioned to the left of the baited area.

By now I could hear music. A party had started and it was not the lads across the lake as I could smell how they were entertaining themselves.

It was one of the large country houses round about. Fortunately it wound down by 10pm with ‘Baby Shark‘ and I hoped that would encourage the baby whales to make an appearance.

By now I was nodding and nothing had happened. Friday The 13th had shipped my luck and the full moon only showed me a flat calm inky black surface bereft of life.

My alarm woke me at 4.30am and for some reason I thought it was a bite! No such luck and as before the lake was eerily quite.

By now the dawn chorus had begun but on the estate lake this is not your average chirping. The lake is full of ducks – here it’s the “duck chorus”.

I have been told they are breed for a shoot at the end of the year. Imagine about two hundred duck quacking from 5am. The noise was horrific! No wonder the carp were reluctant to stick their heads out.

At 8am I had had enough, not a sign of a fish, my ears ringing with the duck chorus and having cracked off recasting; the session had become a horror show.

Having wound in I leaded around a bit to find other clear spots and see if I could hit a duck! Revenge runs through every horror story!

One thought on “Friday The 13th”