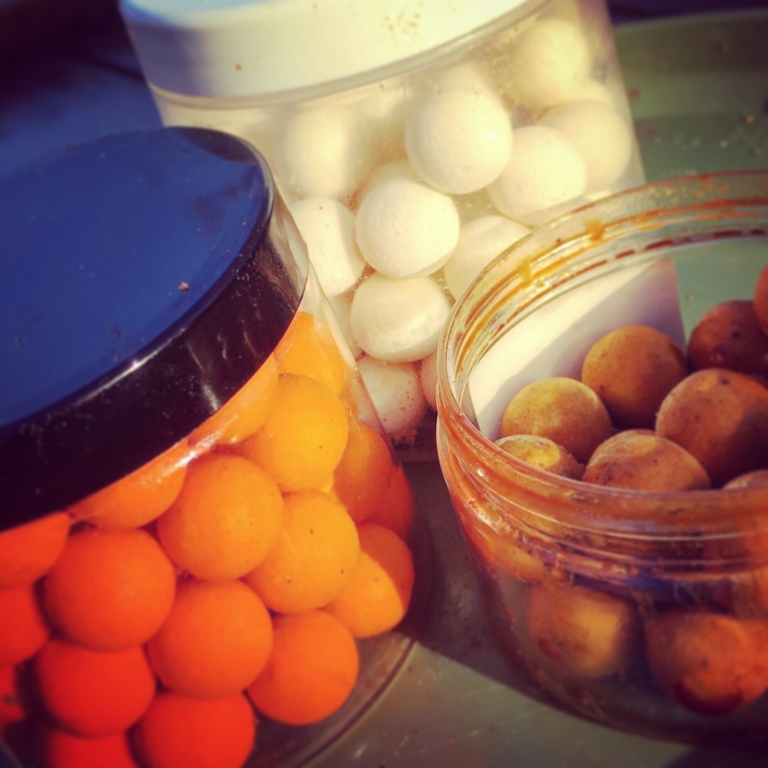 SNAP – it was a last minute decision, a quick session. The weeks cold spell had lifted and following heavy rain on Sunday, Monday’s temperatures and outlook was promising. I decided to head over to the new lake.

CRACKLE – the frost had lifted after the school run and I found myself walking the lake by 9.30am. The ground was still frozen and the ice in the puddles cracked under foot. The only signs of life on the water were another angler; after the large perch that the water is known for, and a majestic heron stalking the sunny margins.

I chose swim 17 on the south side of the lake with a view to cast to the southern edge of the island which would catch the rays of the low wintery sun. Leading around proved that the bottom was reasonably firm and I clipped up at ten wraps. Out went a few Spombs of chops boilies, left overs from the bottom of the freezer, mixed with some liquidised sweetcorn, for colour and to cloud the island margin.

POP-UPS – were the order of the day. Despite the bottom feeling firm I chose a Ronnie presentation, as on a previous visit the trees had been pruned, and I thought there may well still be a good few twigs and debris on the lake bed.

With three pop-ups to choose from, Mainline Milkly Toffee, Richworth Tutti Frutti and DT Supa Fruit; I went for the last two. and out went the rigs side by side along the island margin.

And I am afraid that is where the session ground to a halt. I watched, waited and then moved to the sun drenched north bank to fish alone a reed bed where I had caught before for the last hour but to no avail.

The snap, crackle and pop that I was expecting did not happen and the short session ended with a blank as on the last occasion.

But being a cereal [sic] carper I will be back for hopefully some winter action!